Eyes to the sky

The New Zealand Garden Bird Survey is nearly here and with it the chance to do your part for this important citizen science initiative. While you’re watching there’s also the chance to report any lost or rare birds you might see. So this June be sure keep an eagle eye out for, well… actual eagles (and the other winged wonders in our list too).

With the annual Garden Bird Survey fast approaching now’s a good time to study up on some of the rare and more infrequent visitors flying by.

While the survey is a great tool for understanding the numbers and patterns of large populations it also provides a great opportunity to spot rare birds that may be on the threatened list – or those that have simply been blown off course in their travels. Sometimes it depends where you live, as certain birds may seem exotic to travellers between the two islands. The good news is that there are plenty of online resources to check too. The Ornithological Society of New Zealand (OSNZ) has a website where you can go to see the full list of rare birds and the conditions and contact details for reporting any sightings. 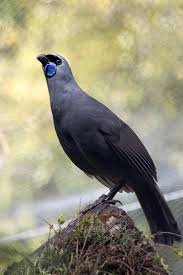 6: Kokako. In 1999 there were only 330 breeding pairs of the North Island kokako. While this figure had risen to 1595 pairs in 2017 it is still very rare. So be sure to keep an ear out (it holds the world’s longest known duetting record). The South Island kokako was declared extinct in 2008 but this status was changed to ‘data deficient’ in 2013 due to an earlier reported sighting in Reefton. If you see on don’t just write it down – tell everyone! 5: Morepork. With a distinctive call and striking features the morepork is well known. Sightings during the day are rare however and, as they are nocturnal birds, this is generally due to sickness or injury. You’re more likely to spot the only other owl species in NZ, the little owl, and even then only in select areas of the South Island. 4: Willie wagtail. Only one of these birds has ever been reported in New Zealand, and that was in the Chatham Islands in 1999. So if you see one during the bird survey be sure to try and get a photo. Look for a bird like our piwakawaka, except bigger, noisier, more aggressive and with a sillier name. Yes, it’s an Australian bird. Yellow-crowned parakeet. This high-flying forest bird can generally be found up in the canopy feasting on various seeds, buds and invertebrates. While it was once common throughout New Zealand these small, bright green parrots are now generally only seen in predator-free areas and a backyard sighting is rare indeed. 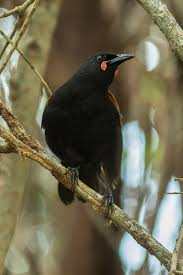 2: Saddleback If you live around Wellington, perhaps close to the Zealandia sanctuary, there might be a slim chance you spot a very rare New Zealand’s are birds in your backyard. The Saddleback was declared extinct on the mainland way back in 1910. Since then it become one of great conservation successes. Keep an eye (and an ear) out for these noisy and distinctive birds. 1: Moa. Ok, so no living moa have been seen recently (that we know of). But one farmer down south recently found incredible prints of the bird in the clay of the Kyeburn River. These are the first of their kind to be found in the South Island and rightfully brought expert attention to their preservation. So while you’re out counting the birds perhaps have a quick look for archaeological marvels too?

Remember, while passionate twitchers may get excited about rare bird sightings there is still a huge amount of fun to be had counting all the beautiful birds commonly found in our gardens. So be sure to get down for the count between the 29th of June and 7th of July this year.